Gotland, launched in 1933, was the same in concept as the later "hermaphrodite" conversions of the old Japanese battleships, Ise and Hyuga, and heavy cruiser Mogami: although armed for surface combat, it had a flight deck with a catapult for its 6 Hawker Osprey floatplanes. Actual aircraft capacity was 8 aircraft on the flight deck and 3 stowed below. Original armament: 2x2, 2x1 6" guns, 1x2, 2x1 3" guns, 2x3 21" torpedo tubes

In 1943-44, it was converted to an antiaircraft cruiser, with many Bofors antiaircraft gun emplacements back on its flight deck, as is shown in this ONI 200 listing. 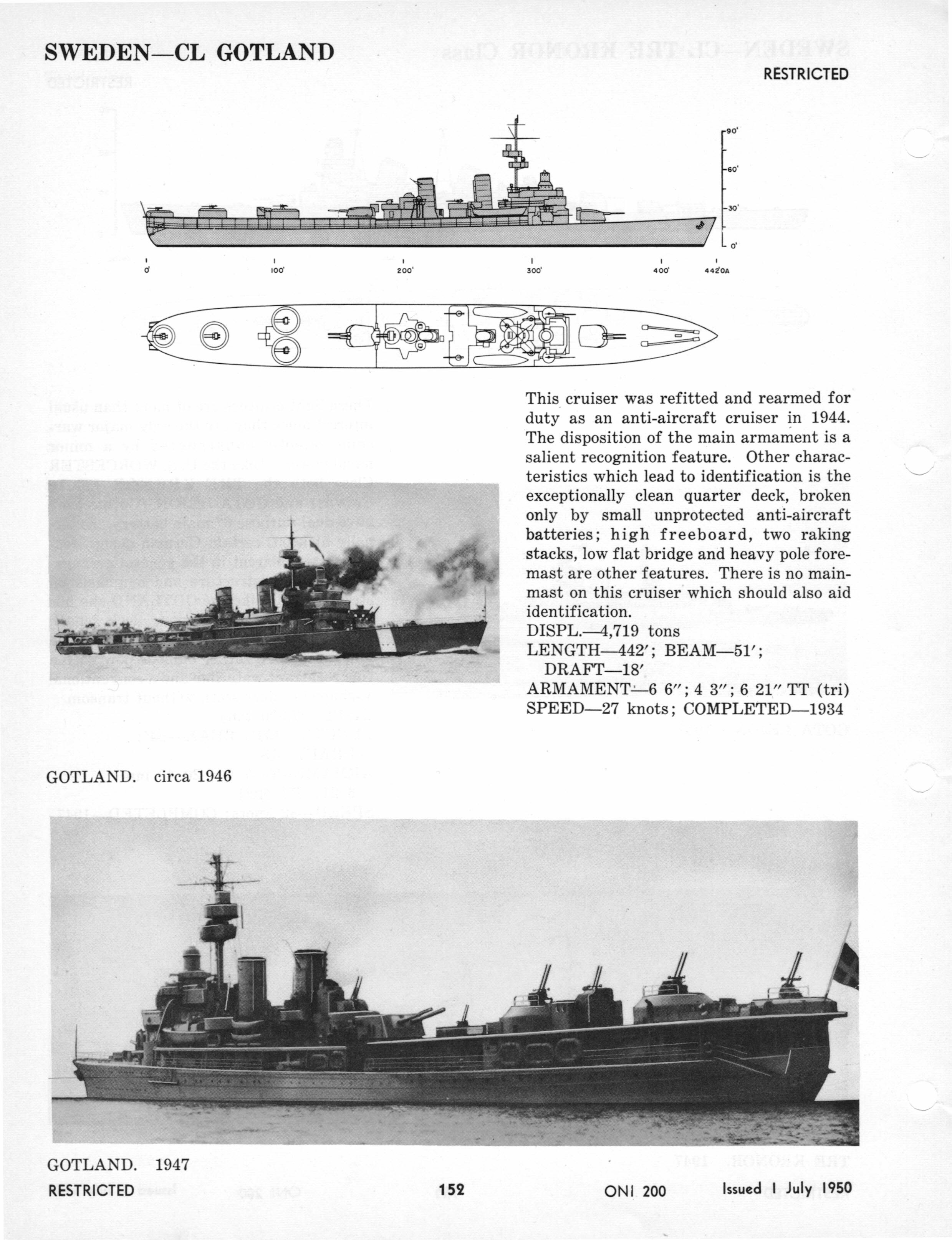 Would you now like to return to my home page or the main drawings page?