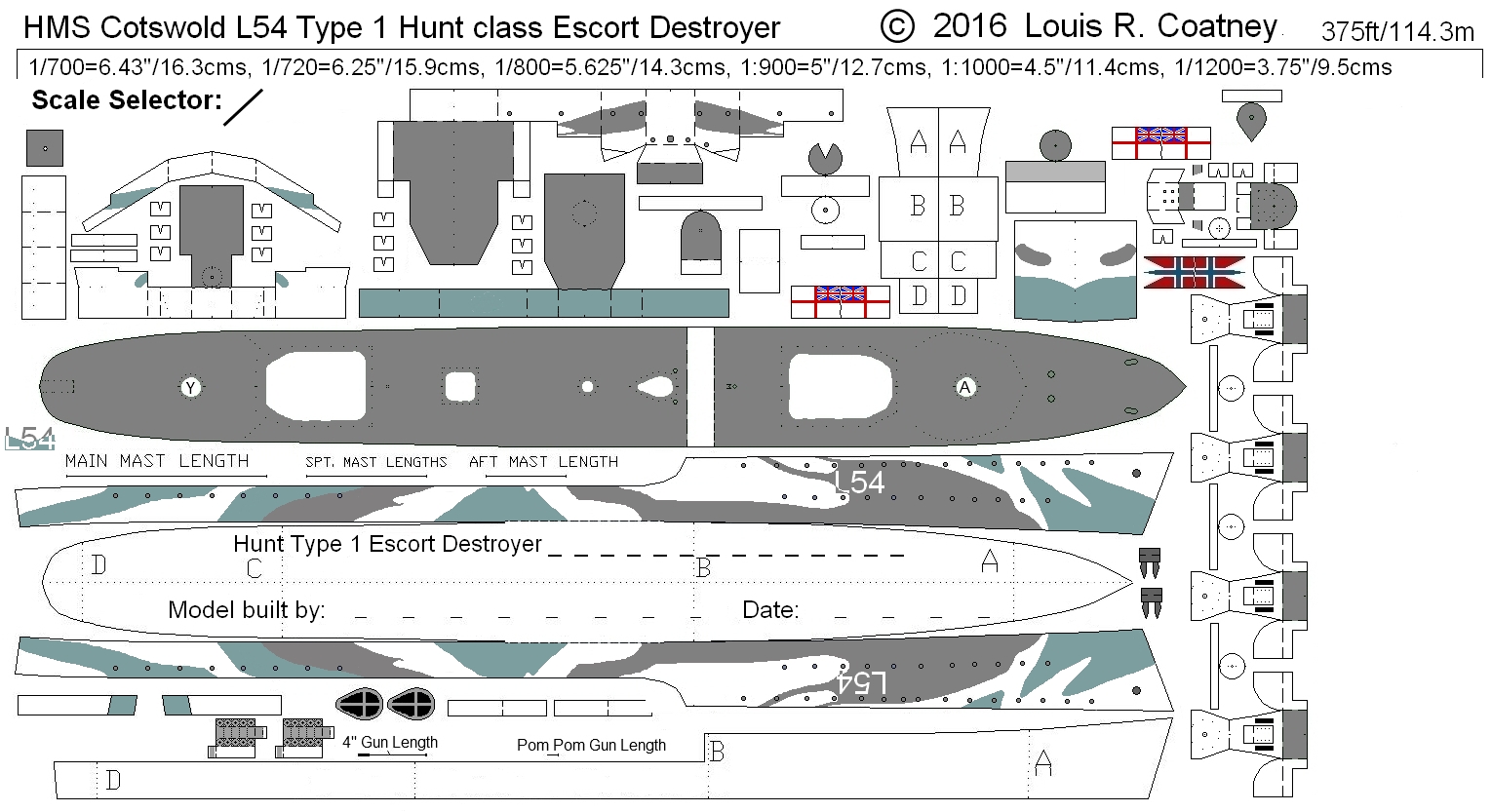 A Note on Copyright

My paper model warship plans are COPYRIGHTED -- NOT Public Domain -- and FREE under the following conditions:

My cardstock paper model ships are dedicated ...
A. to the officers and men of the Allied navies in World War 2, who helped stopped fascist aggression.
B. with special remembrance of John (Jack) Burgett (USS Moray, SS-300) and Homer Coatney U.S. Navy CBs/SeaBees
C. to my children Rebecca, Robert, Rohan, and Johanna, in the hope that they may never have to go through a world war:

The more we learn about the Second World War, the better our chances that it will be the LAST world war.

A Request: If you do assemble any of my model ships, PLEASE let me know at ELCOAT@hotmail.com what you think of them and show me any photos. (I would appreciate it if you gave me permission to post those on the Internet.) Thanks! And now, here are some ships!
NOTE the Scale Selector, to help you print off the models at the scale you wish.
See the photos of assembled prototype models of the Bismarck related ships
See also the generic cardstock/paper model ship assembly techniques instructions at the end of Sleipner's page.
And be sure to print the plans off onto gray cardstock paper. White is pretty garish on the inside, and it shouldn't darken the final colors unacceptably. The Bismarck pursuit Royal Navy ships were in Home Fleet Grey, after all.

And for those of you who like to build FIGHTING model warships, here are my Naval Action naval miniatures combat rules, which you can also print off for free. (I personally prefer 1:700 scale for model ship combat - on the floor - despite the disproportionate model-to-range scale.)

More comments by myself and others about my models read on PaperModelers.com.

If you are a friend, and/or if you would like to share info and ideas about military and naval history and game designing and cardstock model shipbuilding, and/or you have any questions about Ardennes Petite feel free to e-mail me at ELCOAT@Hotmail.com

Thank you for your interest in my cardstock model ships.